How to spot a venomous snake and prevent a bite 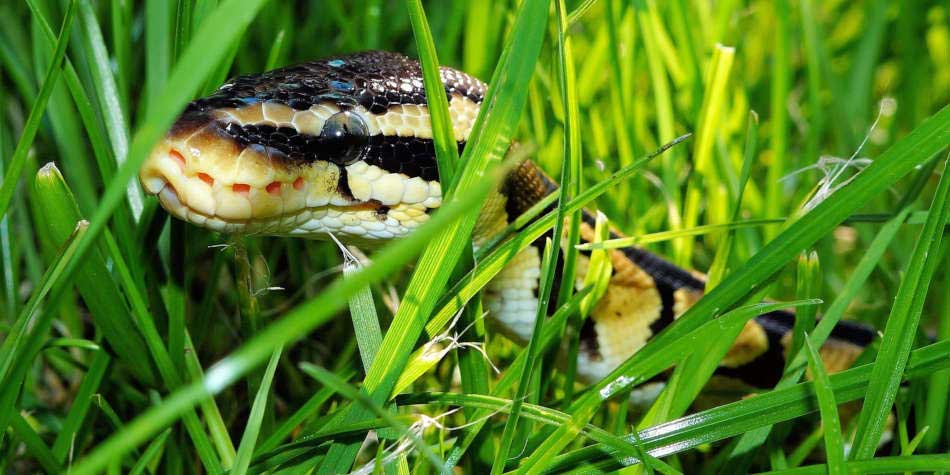 Tens of thousands of people die from snakebites every year, but with appropriate treatment and advanced medical care, deaths from snakebites are very rare in our area. With the weather getting warmer, snakes are becoming more active.

Along the Grand Strand, snakes are active from spring until late fall and particularly in the morning and evening. The most common poisonous snakes in the area are copperheads, which are at type of pit viper snake. They are easily distinguished by their copper, olive or black banding or diamond patterns. They have vertically elliptical pupils, large triangular heads that house the large venom glands, heat sensing pits between the eye and nostril.

The coral snake, which has a distinctive pattern of black bands with touching red and yellow bands, is also known to be in the area. "To distinguish them from harmless mimics, remember the rhyme 'red on yellow, kill a fellow, red on black venom lack," says Jarratt Lark, MD, Assistant Professor of Emergency Medicine and Director of Environmental Medicine at Grand Strand Health.

Backyards and woodland areas are not the only places one can encounter a venomous snake. If you see a snake in the water, the way it swims may tell you if it's dangerous or not. Nonvenomous water snakes remain under the water and you may just see a head pop to the surface. Cottonmouth snakes, also known as water moccasins, swim with their entire body on the surface. Dr. Lark warns to "take serious precautions if you see a dark colored snake swimming on top of the water."

If you are bitten by a snake and think it may be venomous, stay calm, rest the affected body part and head to the ER immediately for an evaluation.

June 14, 2019
Beards have come in and out of fashion for centuries. Over the years, they've symbolized everything from masculinity to wisdom.
Previous Post
Grand Strand Medical Center

May 16, 2019 by Mary Elizabeth Dallas
It's normal to feel anxiety from time to time. Maybe you're nervous about speaking in public, worried about a health issue or concerned about...
Next Post
Back to blog home

Lowering Your Risk For Skin Cancer

Heart failure and heart rhythm: The link you need to know about

Is Breastfeeding Right for You? 8 Facts to Help You Decide