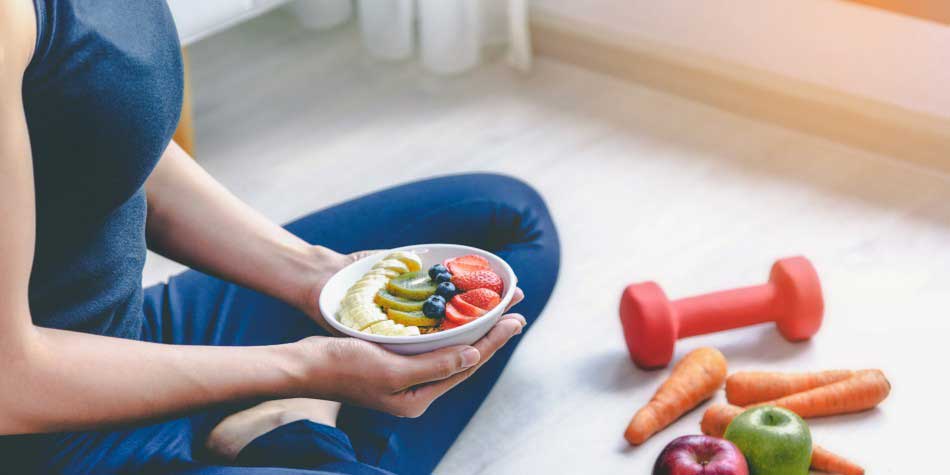 Whether it's cutting back on red meat or limiting processed foods, there's usually nothing wrong with improving your diet. But when that effort goes too far--when you become so fixated on clean or healthy eating that it affects your wellbeing and day-to-day functioning--you may have a condition called orthorexia.

Though not officially recognized as a psychiatric diagnosis, orthorexia is a serious disorder that needs professional treatment. As it progresses, it can lead to physical and mental health problems including malnutrition, calorie deficits and anxiety. In worst-case scenarios, it may even become life-threatening.

"Orthorexia" is a relatively new term, coined in the late 1990s. Though awareness of the disorder is growing, there isn't much research on it compared to well-known eating disorders, such as anorexia or bulimia. As a result, experts still have a lot to learn. They're not sure exactly how many people have orthorexia, for instance, and there aren't formal guidelines for the diagnosis or a universally shared definition for the condition.

Many healthcare providers (HCPs), however, share a basic understanding of the disorder: People with orthorexia are wholly obsessed with eating foods they consider to be clean, healthy or pure--often, to a dangerous extent.

"It typically starts off in a clean-eating sense, meaning someone's trying to clean up their diet, trying to get healthier," says Christina Lynn, MD, a psychiatrist at Grand Strand Medical Center in Myrtle Beach, South Carolina. This might seem like a positive development at first, she explains, "but then they take it to that next level, and they become fixated on this healthy diet and become obsessed with every little ingredient."

One study published in the journal Appetite in 2019 suggests men and women are equally vulnerable to orthorexia, and that it's often associated with other body image issues and mental health conditions. "We're finding it's very closely linked to obsessive-compulsive disorder," Dr. Lynn says.

Those with obsessive compulsive disorder, commonly known as OCD, have behaviors that result from obsessive thoughts or triggers. For example, they may feel compelled to check the lock on their door many times before leaving the house. Similarly, Lynn points out that people with orthorexia are increasingly consumed by "what they're eating, how much they're eating, what's in food, how it's made, does it have animal products in it, artificial colors, sweeteners--anything of that nature."

Often, to maintain a "pure" diet, people with orthorexia severely limit the variety of foods that they eat. They may restrict themselves to raw, local, organic or unprocessed goods, for example, or exclude refined grains, gluten, soy, specific foods or even entire food groups, such as dairy and meat. Doing this can make them feel virtuous and even provide an initial boost to their self-esteem, but it can also lead to a fear of eating certain items.

"They really develop almost this sense of paranoia about food--and not only their food," says Lynn. "A lot of times it will spill over to their family's food, trying to monitor what their family's eating."

Since there's no official criteria for diagnosing orthorexia, pinpointing it comes down to recognizing when clean eating morphs into an unhealthy obsession. The following behaviors may be symptoms:

It’s not the same as anorexia

These symptoms share similarities to those associated with anorexia nervosa, an eating disorder that causes people to have a distorted view of their body and an intense fear of gaining weight. People with anorexia do not eat enough to maintain health, restricting their caloric intake and eliminating entire food groups or limiting their diet to a few acceptable, low-calorie foods.

But there are key differences. While those with anorexia focus on limiting the quantity of food that they eat, people with orthorexia focus on the quality of their food, restricting their diet to only the foods that they deem "pure" or acceptable. What's more, says Lynn, "with anorexia, they restrict not necessarily because they're fearful of food, but they've got the body image issue. With orthorexia you don't see that as much."

It's important to understand, too, that orthorexia is not merely the elimination of food groups. Many special diets involve cutting out certain foods, and they can be perfectly healthy with the right approach, says Lynn. Vegans, for example, exclude all animal products from their meals. Rather, orthorexia is fixating on foods considered to be pure, and excluding those deemed impure to the point that it's potentially harmful.

The health consequences of orthorexia

Orthorexia can have numerous negative effects on your wellbeing. Many of these outcomes are similar to that of anorexia, and can include:

Orthorexia is a serious condition, and people with symptoms should seek help from a healthcare professional. "If you're on the path where you're beginning to exclude food and you notice your diet is becoming very, very limited," Lynn says, "you need to go talk to your provider."

Orthorexia patients frequently have misconceptions about food, and they may benefit from learning more about nutrition and health, Lynn notes. "Find out: 'What am I doing by not eating these foods? Is it better for me or is it worse for me?'" she recommends. "Most primary care providers are pretty well versed in nutrition. And if not, they can refer you to a nutritionist

It's also important to address the physical and mental health effects of orthorexia. A mental health professional can address traits of obsessive-compulsive disorder, says Lynn, as well as related anxiety and depression.

But the core of treatment, she says, "is really working with these individuals and trying to find out what is causing this fear of food. And can we help them get around this fear?"

If you have symptoms of orthorexia or a related condition, your doctor can help you find a counselor or other healthcare professional who specializes in eating disorders.

Academy of Nutrition and Dietetics. "Orthorexia: An Obsession with Eating Pure."

Cleveland Clinic. "Orthorexia: When a Commitment to Healthy Eating Goes Too Far."

February 27, 2020
A knock to the noggin. A bump on the head. Call it what you want, but every 21 seconds someone in the U.S. experiences what is medically known...
Previous Post

December 23, 2019
Several studies have shown that the risk of heart attack and stroke increase during the months of December and January, with a particular peak...
Next Post
Back to blog home

7 worst things for a woman’s heart

COVID-19 phobia? Why you should not delay emergency care

Know the Signs and Symptoms of Lung Cancer